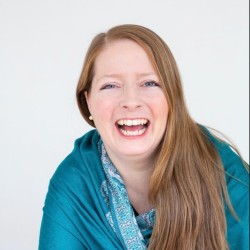 Dr. Martin graduated from Laurentian University in 2004 with a Bachelor of Science in Nursing.After relocating to Toronto, she worked in the acute care psychiatric unit at St. Michael’s Hospital, where she also completed a nursing fellowship.Dr. Martin went on to pursue her training as a naturopathic doctor at the Canadian College of Naturopathic Medicine, where she graduated in 2009.

Dr. Martin began her naturopathic practice at Fusion Chiropractic & Integrative Health in Toronto, where she works alongside other integrative healthcare providers.She has pursued additional training in clinical nutrition, women’s health and perinatal care, pediatric care, and mindfulness based clinical skills.Dr. Martin devotes her practice to helping women and their families to improve their health and wellbeing.


Water intake is critical for many body functions, but it’s especially important for optimal brain health. It’s so important that the human body can’t live more than a few days without it. Water makes up to about 60-65% of your child’s total weight (up to 75% for infants). That’s a lot of water!

Children are more likely to become dehydrated than adults because they lose more water through their skin. They also lack awareness of how much fluid they need to consume to stay hydrated. On top of that, they might not take into account all of the physical activity they do that increases their need for water.

Even mild dehydration – as low as a 1% loss of body fluid – can result in mental changes, including restlessness, lack of focus, negative effects on short-term memory, headaches and fatigue. In more severe states, it can lead to dizziness, agitation, restlessness, confusion and lethargy. To top it off, levels of stress hormones coursing through the body increase in states of dehydration, which has been associated with decreased mental function1.

It may not be enough to let your child drink water only when they’re thirsty.

More...
All naturopaths are against vaccinations, right?

Other researchers have found that more than two-thirds of kids age 9-11 weren’t properly hydrated by the time they got to school in the morning. They also found that the amount of fluid they consumed at breakfast wasn’t enough to maintain ideal hydration levels throughout the morning.3


Dehydration can have several negative effects on children’s mental function.

The effects of dehydration on children’s mental function was studied in school aged kids.4  Sadly, the researchers found that dehydration seemed to be a common occurrence, and not surprisingly, they found that it had a negative effect on mental function. Different types of tests were used to evaluate concentration, attention, memory, math and language skills, and the researchers noticed a direct link between dehydration and lower levels of achievement.

On a happier note, it seems that even with mild dehydration, children’s mental performance can be improved by having a drink of water.5  One study assessed the effects of drinking water on the mental function of children.6  When the children were given 300 ml (just over a cup) of water to drink, their memory recall was significantly better than how they performed without the additional water.  Another study found that children who drank additional water performed better on attention testing compared to children who didn’t drink additional water.7

So, can drinking more water make your kid smarter? Drinking enough water seems to positively impact mental mental performance, but more research is needed before any claims can be made about it increasing IQ. In the meantime, developing healthy hydration habits is still a smart thing to do.

How much water should your child be drinking?

The Institute of Medicine of the National Academies recommends the following drinking water intake for kids8:

Here are a few tips to encourage kids to drink more water: