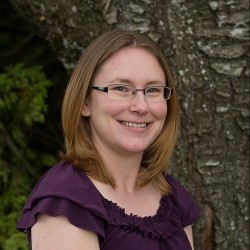 Danielle Currey
Dr. Currey is a naturopathic doctor practicing in Clackamas, Oregon.She enjoys serving families and fostering a sense of community in her area.In her spare time she volunteers as a science/health instructor with a local elementary/middle school, hiking the NW, and teaching anatomy and physiology at Clackamas Community College. Schedule an appointment with Dr. Currey in Clackamas, OR

Over the past several years, I have been working with school age children in the classroom, and I have had  the opportunity to teach nutrition, digestion, and elimination to the second graders of my husband’s class three years in a row now.  This is a lot of fun, and and we all learn a lot.

As a class project, one group wrote a book about an imaginary trip through the digestive system.  Here is the transcript:

We were outside at recess, playing.  It was Monday, so we got to play on the play structure.

Keyden found a doughnut siting on the slide.  “Oh my goodness!” he cried.

Miles, Khelen, and Aniela came running over to see what he found.  They picked up the doughnut and ran with it over to Mr. Currey.

Mr. Currey said “You found a doughnut.  Let’s put it somewhere where no one will eat it. “

Isaac carried it into the classroom and put it on Mr. Currey’s desk.  “I will put it here and no one will eat it because no one will be able to find it in this mess!”

We forgot about the doughnut and were working on writing in cursive.  We were learning how to write “April.”  Suddenly, Mason raised his hand and said “Mr. Currey!  I think the doughnut got bigger!”

Mr. Currey replied “That’s nonsense!  You must be daydreaming!”

A few minutes later, Ethan called out without raising his hand: “Mason’s right! It is getting bigger!”  It was now as big as a jumbo pizza.  But Mr. Currey said “Raise your hand or I am going to flip your card!”

Within a half an hour, the doughnut was as big as a limousine.  Mr. Currey had to believe it now.  He said “Well, kids, let’s get aboard!”

So we all trooped on to the doughnut.  But then it shrank back down, and we shrank in it too!

Just then, Abram came in to the classroom; he was tardy.  He wondered for a minute where everyone was, but then he saw an unexpected vanilla doughnut.

“A delicious doughnut at school!  I can’t believe my eyes!  I shall eat it!” said Abram.  And he did.

Abram popped us into his mouth, and we all cried “Watch out for the teeth!  Oh noooo!”

Jenna looked around us and said “we’re getting all wet with saliva! Gross!”

Olivia replied “According to my research, saliva is important in the first stage of digestion because it softens the food and gets it ready to be….”

We had been mashed up by the teeth and now we were getting moved to the back of Abram’s throat with the tongue.

Mia pointed out that since we had been swallowed, we were now part of a bolus, not food.

Soon we were swept into the stomach.  Abby told us that the stomach was responsible for mixing up the food soup, which is called chyme.  We got banged around, and it is a good thing we all know how to swim!

The stomach emptied us into the small intestine.  Jordyn told us that all of the good stuff, like vitamins, are absorbed into the blood stream here.

It took us a while to get through the small intestine, because it is about thirty feet long.

All around us, we saw tissue, made up of cells.  We saw chemicals and we were still there!  Abram’s body didn’t absorb us because his body couldn’t use us; we were waste.

“Oh, no! I know where this is going to end up!” cried Scarlett.

Mr. Currey said, “Agreed.  We all know what will happen.”

Jake zapped us all, including himself, and we magically appeared full size outside of Abram’s body.

“Phew! That was about to get really disgusting!” said Scott.

“What about the gall bladder?” cried Grace.  “It’s very important because it stores the bile…”

“…That the liver makes!” interrupted Abigail.  “Livers are cool because it can grow back.”

“Yeah, and what about the pancreas!?” said Adrienne.  “It makes enzymes that help us digest.”

“That will have to be saved for another adventure,” said David. “Because it’s time to go home!”

This is why I work with the Pediatric population.  There is so much joy and excitement; I enjoy this energy every day.  I think I may need to have a clinic room designed like the digestive system…

Dr. Currey is a naturopathic doctor practicing in Clackamas, Oregon. She enjoys serving families and fostering a sense of community in her area. In her spare time she volunteers as a science/health instructor with a local elementary/middle school, hiking the NW, and teaching anatomy and physiology at Clackamas Community College. Schedule an appointment with Dr. Currey in Clackamas, OR