Kids sometimes pick up funny habits, such a clearing their throats, scrunching their noses, or using certain words or phrases frequently. Because bringing attention to nervous habits tends to make them worse, I typically advise parents to try and ignore whatever annoying little thing their kid is doing to see if it resolves on its own. Usually the child outgrows the habit, and that’s the end of that funny horking noise, annoying nose sniffling, or unusual head-jerking motion that originally had mom or dad so concerned.

Sometimes, however, the habit doesn’t resolve, warranting further medical care. These children are often seen by neurologists, and may be diagnosed with tic disorders such as Tourette Syndrome or with Obsessive-Compulsive Disorder (OCD).

Tourette Syndrome is a neurological disorder in which the person involuntarily tics or has difficulty stopping themselves from making sounds or saying inappropriate words.

Obsessive-compulsive disorder (OCD) is an anxiety disorder accompanied by unwanted and repeated thoughts, sensations, or behaviors (obsessions). People with OCD feel driven to do something (compulsion) to help get rid of the obsessive thoughts. Unfortunately, the relief is only temporary, and the obsessions return.

Tourette’s and OCD can hugely affect a person’s ability to function at work, school, and even home. The treatment of these conditions usually entails a long road of trying different pharmaceutical medications and types of psychotherapy.

There is another cause of tics, however, one that is often overlooked by both parents and doctors. This condition is called PANDAS, which stands for Pediatric Autoimmune Neuropsychiatric Disorders Associated with Streptococcal infections.

As the “S” in PANDAS implies, this condition is associated with a type of bacteria known as streptococcus, or “strep” for short. The specific strain of strep in the case of PANDAS is group A beta hemolytic strep (GABHS), the same strain that causes strep throat.

How does a streptococcal infection cause behavior changes?

During a normal course of strep throat, a child’s immune system creates antibodies to attack the strep bacteria. In the case of PANDAS, however, these antibodies – which should be reacting to the strep infection – accidentally damage the child’s own nervous system.

Our antibodies are supposed to attack foreign things like bacteria and viruses, not our own cells. When a person’s immune system begins to damage the person’s cells, this can cause huge problems down the line. This type of reaction is referred to as an autoimmune disease. In the case of PANDAS, the autoimmune process attacks an area of the brain involved in movement known as the basal ganglia.

What type of symptoms are can occur?

Depending on the severity of this attack, a broad array of symptoms can ensue, including tics, obsessive-compulsive (OCD) behaviors, irritability, anxiety, ADHD symptoms, sleep issues, loss of appetite, bedwetting, and joint pains. PANDAS can affect children between 3 years of age and puberty.

The parents of children with PANDAS will sometimes notice that their child’s tic or anxiety symptoms are less intense when their child is on antibiotics.

With the alarming rate at which autoimmune diseases are cropping up, the medical industry is working hard to better understand new diseases like PANDAS. For this reason, many doctors have never even heard of PANDAS, and some even question whether it’s truly a disease at all.

Nevertheless, it may be worth it to consider PANDAS in the case of a child with a tic disorder or symptoms of obsessive-compulsive disorder, especially if those symptoms started after a case of strep throat.

How is PANDAS treated?

Treatment for PANDAS can include antibiotics, psychotherapy, antidepressants and other pharmaceutical tic medications, herbs, and nutritional supplements aimed at calming nervous system. The importance of proper nutrition, as with most illnesses, cannot be overstated.

There’s no clear path of treatment for PANDAS, and for this reason working closely with a naturopathic physician trained in a variety of treatment therapies may be helpful.

Dr. Erica Zelfand (aka "Dr. Z") is a family physician, medical writer, and teacher. After graduating from medical school and finishing a family practice residency at NUNM, Dr. Z completed post-doctoral training in pediatrics under the tutelage of the esteemed Paul Thomas, MD. She is also adjunct faculty at NUNM's school of medicine. Dr. Z practices in Portland, OR where she sees patients of all ages in a welcoming, unhurried setting. She is deeply committed to a patient-centered, root-cause-oriented, nature-honoring approach to healing. Dr. Z is also passionate about returning unbiased scientific inquiry and proven natural therapies to their rightful place in medicine. 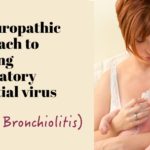