Dr. K here.   For the last several years I have seen this picture spread all over social media (Pinterest, Facebook and even IG).  The heading shows “this is a sign of MTHFR” and shows pictures of a “stork bite” in many different locations.  One version also shows a blue vein on the bridge of the nose and says this is also an indicator of MTHFR (this one calls it a Sugar Bug).

Sorry folks, this is straight up not true.

Nevus Simplex or Stork Bite is a benign (“not dangerous”) capillary malformation.  It is typically found on the base of the neck (nape), the eyelid or glabella (between eyes).  It is caused by a delay in maturation of skin cells while the baby is still developing in the womb. These tiny blood vessels under the skin dilate, which is what causes the “stork bite.”

Usually these little spots get red with crying, fever, straining and temperature changes.

A Stork Bite isn’t dangerous unless it is located over the spine AND there are other signs of Spina Bifida (sacral dimple, or tuft of hair over the lower spine).  True Spina Bifida is associated with MTHFR. There are a few other genetic problems where it could be a sign of a problem too (like Beckwith-Wiedemann syndrome.)

Sometimes Stork Bites look like other newborn/infant skin lesions like nevus flammeus (Port Wine Stain) or hemangiomas – we’ll cover that in another post.  If you want to see the difference check out these pictures of a nevus flammeus and hemangioma from DermNetNZ.  Scroll past the pics of nevus simplex. (An awesome source for dermatology pics for providers.)  Port Wine stains and hemangiomas may be associated with other serious conditions when they occur on the face (like Sturge-Weber syndrome, or PHACE syndrome).

When will it go away?

Stork bites will naturally fade over time.  Usually the face and eyelid marks are totally gone by age 2.  Sometimes the Stork Bites on the nape of the neck persist for a lifetime, but since they are typically covered by hair it usually isn’t much of an issue.

What about the “Sugar Bug?”

By the way, that blue vein across the nose or up the forehead is totally normal too.  Babies have really thin, delicate skin.  ALL of us have that vein, you can just see it better in infants because their skin is so delicate.  The nose vein is called the nasal root vein, and the one going up the forehead is called the supratrochlear vein.  Sometimes you can see that supratrochlear vein bulging in healthy adults.  It’s nothing to be worried about!

Dermatology pictures thanks to DermNet at dermnetnz.org which we cropped to fit. (Creative Commons with attribution license.)   Here at Naturopathic Pediatrics we do NOT take images without permission 🙂 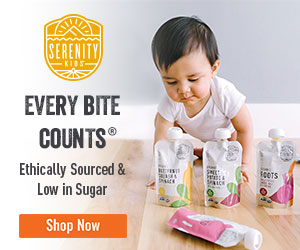