Choline is a water-soluble nutrient that is technically neither a vitamin or a mineral. However, it is open lumped together with the B-vitamin family of nutrients due to its role in multiple bodily functions.

Choline is necessary for liver, muscle, and brain functions as well as for the structural integrity of cell membranes, cell signaling, lipid transport and metabolism.2 It is required for metabolizing and transporting cholesterol out of the liver and thus deficiencies can lead to an accumulation of fat in the liver.

Choline is also critical in pregnancy. In prenatal nutrition conversations, folate usually takes center stage. However, choline is involved in many of the same metabolic pathways, including methylation and the prevention of neural tube defects.1 Recent studies suggest that maternal choline intake throughout pregnancy impacts brain development and lasting cognition in the child. 2 Choline helps transport nutrients such as DHA across the placenta.3

Choline is converted into numerous metabolites that play a role in the previously mentioned processes. Choline is a precursor to phosphatidylcholine and sphingomyelin, two phospholipids necessary for cell membrane formation and cell signaling.4 It can be converted to acetylcholine, a neurotransmitter critical for brain and nervous system functions like memory, mood, circadian rhythm, and muscle control. A third choline metabolite is betaine. Betaine is a major source of methyl groups, helps regulate homocysteine concentration and gene function, and contributes to neural-tube and brain development.5

How much choline do we need?

Recent studies show that choline intake more than double the AI may reduce the risk of preeclampsia, improve infant cognition, and optimize placental function6. The current recommendation for pregnancy is 450 mg/d. However, many studies have found that women who take up to 930 mg/d have improved outcomes for both them and their offspring6.

Choline is present in a wide variety of foods, but animal sources contain the highest quantity. Whole eggs are the richest source of choline, followed by beef, poultry, dairy, and seafood. Vegetarian sources of choline include cruciferous vegetables, soybeans, kidney beans, nuts/seeds, and peanuts. However, the quantity of choline-containing plant foods required to meet the needs of mother and baby is quite large. For instance, four cups of broccoli or two cups of cooked beans would be required to obtain the same amount of choline as one egg yolk. Supplementation is recommended, especially during pregnancy if a mother adheres to a strict vegan or vegetarian diet. For a full list of choline-containing foods see this article from the National Institutes of Health.

Breast milk naturally contains choline and most infant formulas are fortified with the nutrient. Lecithin, an emulsifier found in many processed foods, is rich in phosphatidylcholine (a metabolite of choline).4

Frank deficiency is actually quite rare, likely due to the body’s ability to endogenously produce some choline. Circumstances that may lead to a choline deficiency include strict vegetarian or vegan diets, and pregnancy.1 The maternal stores of choline are depleted during pregnancy and lactation due to the quantities necessary to support fetal and infant demands.2

However, that’s not to say that we should leave it to our bodies to make all the choline we need. It’s clear from the literature that higher doses of choline are beneficial for neurocognition and an intentional effort to consume choline-rich foods is recommended.

Symptoms of a choline deficiency include muscle damage, liver damage, and nonalcoholic fatty liver disease. Due to choline’s role in transporting cholesterol out of the liver, a deficiency allows excess cholesterol and fat to accumulate, leading to liver damage. During pregnancy, low maternal choline intake is associated with neural tube defects and cleft palates.2 This risk is significantly higher in those with certain genetic polymorphisms.

Is it safe to supplement with choline?

Food sources are typically preferable to supplemental forms of most nutrients given the synergistic effects of their components. In certain circumstances like pregnancy or due to certain genetic conditions, supplemental forms may be required. Choline from food is generally recognized as safe and animal sources are far more concentrated than plant sources.

In some studies, excess choline has been shown to increase a compound called trimethylamine N-oxide (TMAO). This compound is made in the gut and is associated with an increased risk of cardiovascular disease.2 However, the link between choline intake and TMAO remains unclear because numerous other factors, such as gut microbiota dysbiosis, are also associated with an increase in TMAO. It is important to note that food sources of choline do not appear to impact TMAO in the same way that supplemental choline does. Choline bitartrate supplements are more likely to raise TMAO than phosphatidylcholine or choline citrate.8

Forms of choline found in supplements

Supplemental choline options include CDP-choline (citicoline) and several choline salts like choline chloride and choline bitartrate.1 Choline is often found in combination products such as with B-complex vitamins or multivitamin supplements. Dietary supplements may contain 10-250 mg of choline but the bioavailability of different forms remains unknown.2

Food sources of choline, especially whole eggs, are the most well researched source of choline. Phosphatidylcholine and choline bitartrate are the two most commonly studied forms of supplemental choline used during pregnancy and should be considered in those who do not regularly consume eggs or other animal products.

Some studies suggest improved neurological function in children whose mothers consume choline in pregnancy. In one study on prenatal choline supplementation women were given one of two choline dosages during their 3rd trimester of pregnancy, either the recommended intake of 480 mg/d or an amount nearly double the recommended intake, at 930 mg/d. Their children were assessed for attentional control and visual acuity at age 7. The researchers found that the offspring of women who took twice the recommended intake of choline (930 mg/d), resulted in significantly improved sustained attention. Sustained attention is a crucial building block for higher cognitive functions that develop later, such as problem solving and performance in school.10 Another study shows that choline supplementation in pregnant women improves infant cognition and processing speed of information.

Animal studies have found that choline deprivation during pregnancy produces ongoing cognitive impairment in offspring, while supplementation results in improved offspring attention and spatial memory.10 Choline supplementation has attenuated the effect of various conditions such as prenatal stress exposure, autism, Down syndrome, epilepsy, Rett syndrome, cognitive aging, Alzheimer’s disease, and fetal alcohol exposure.10 Although these findings have not been specifically studied in human trials, the similarities between rodents and humans in terms of their sustained attention suggest that other benefits may translate.

Placental health is essential for maternal and fetal health and studies suggest that the placenta is sensitive to choline supply during pregnancy. In the previously mentioned study comparing the effect of 480 mg/d versus 930 mg/d of choline during the third trimester, women who consumed higher quantities of choline had a significant increase in gene expression regulating placental vascularization, angiogenesis, and stress reactivity. Furthermore, high maternal choline results in a decreased risk of preeclampsia and infant plasma cortisol, both of which may reduce the likelihood of developing stress-related disease later in life. Adequate choline availability may reduce inflammation and help facilitate the transport of important nutrients like DHA across the placenta and to the fetus.2

Fetal Alcohol Spectrum Disorder is associated with brain damage, neurocognitive abnormalities, and physical differences. In animal studies, choline supplementation has been shown to improve memory, behavioral deficits, and cognitive functions such as visual-spatial learning and fear conditioning. In a double-blind, randomized, placebo-controlled trial, researchers found that nine months of choline supplementation in children with FASD reduced the cognitive deficits caused by prenatal alcohol exposure. This study suggests that not only is choline essential for neurodevelopment, but it may be useful as a treatment for neurodevelopmental conditions. The children in this study received 500 mg of choline per day, equivalent to approximately 2 whole eggs. The dose was well tolerated and feasible to administer.9

Another study focused on the effect of choline supplementation in school-age children who have ADHD. Thirty-six children between the ages of 4 and 14 were given a placebo or a 200 mg/d phosphatidylserine supplement for two months. Their ADHD symptoms based on the DSM IV, short term auditory memory, working memory, and mental performance related to visual stimuli were assessed. The children who received the phosphatidylserine supplement showed significant improvements in ADHD symptoms and short-term auditory memory. The supplement was well tolerated and resulted in zero adverse effects.11

Traumatic brain injury (TBI) can lead to many disruptions in the brain, including a long-lasting reduction and degradation of phospholipids. You may remember that choline plays a role in cell membrane structure and is one of the reasons it is so useful for cognition. A multi-nutrient supplement called Fortasyn Connect (FC) has been designed to support phospholipid synthesis. It contains choline, omega-3 fatty acids, EPA, DHA, folic acid, vitamin B6, B12, C, E, and selenium. In studies conducted on mice with brain damage, those fed FC-supplemented diets for 70 days showed significantly improved sensorimotor outcomes and cognition, a reduction in lesion size and oligodendrocyte loss, and a restoration of myelin. Furthermore, it decreased microglia activation and restored depressed neurogenesis. FC has been safe and well tolerated in preliminary human trials.12

In short, choline is an essential nutrient for liver, muscle, and brain functions as well as the structural integrity of cell membranes. It’s especially important during pregnancy and lactation to support the placenta and the development of a healthy brain in the baby. The AI of choline was established over 20 years ago and has not been revised since then. Current research suggests that double the recommended intake is associated with positive, lasting effects for mother and baby. Choline supplementation has been found effective in treating various neurodevelopmental conditions such as traumatic brain injuries, fetal alcohol spectrum, and ADHD. Whole eggs and animal proteins are naturally rich in bioavailable choline. Individuals who do not consume animal products should consider a supplement, especially during pregnancy or while breastfeeding. 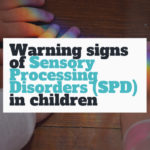 Is zinc supplementation safe for children?